Drone attack on military base

At least five Yemen soldiers were killed and at least 20 members of the military were injured. The unmanned aircraft could have been equipped with as much as around 220 pounds of explosive materials and targeted the military parade after the rebels had assessed the enemy’s intentions. The rebels have been carrying out drone attacks against Saudi Arabia and pro-Yemen government troops since 2017. 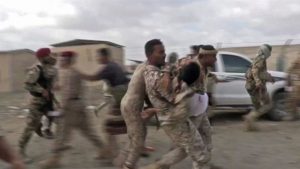 From today Terra Hexen is a member of the Polish-Georgian Chamber of Commerce and Industry.

Best of the best

Terra Hexen is on the list of companies from all over the world involved in the drones market in the category COUNTER DRONE SOLUTIONS. It is an honor to be in such a prestigious group.   Drone-Market-Environment-2019-compressed